Home » On Demand OCD Lecture Series: How Good Do...

On Demand OCD Lecture Series: How Good Do You Have to Be?: Exploring Moral Scrupulosity in OCD 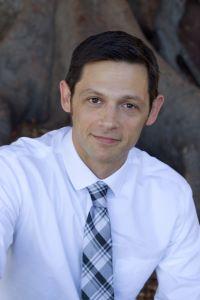 On Demand OCD Lecture Series: How Good Do You Have to Be?: Exploring Moral Scrupulosity in OCD

Obsessive-compulsive disorder (OCD) is a condition characterized by unwanted intrusive thoughts and time-consuming ritualized behaviors.  Common presentations of this disorder may include struggling with uncertainty about contamination, risk of causing harm, and unacceptable taboo thoughts, but underlying many of these symptoms is a debilitating fear of moral failure.  It would be wrong to take a risk that might harm myself or others.  Religious scrupulosity, or obsessions about one’s religious faith, involve excessive concern around perfectly following the rules of one’s religious tradition.  In moral scrupulosity, society’s norms and values mirror religious expectations even in the absence of religion.  Identifying the specific obsessions and compulsions in a person with OCD whose primary concern is that with being a “bad” person and his core fear is the same, can be a clinical challenge.  This lecture will highlight the various ways morality obsessions present in OCD and how clinicians can effectively implement the same or similar evidence-based treatments that are effective for the disorder as a whole.

This activity is intended for physicians, nurses, psychologists, social workers, counselors, and other mental health professionals.

After this lecture, registrants will be able to:

Jon Hershfield, MFT, is the director of The Center for OCD and Anxiety, Sheppard Pratt’s private pay, outpatient treatment center for individuals with obsessive-compulsive and anxiety-related disorders and director of the OCD Program at The Retreat, where Sheppard Pratt offers residential treatment for those who can benefit from a higher level of care. He is a licensed Marriage and Family Therapist in five states, and is a Maryland Approved Licensed Clinical Marriage and Family Therapist Supervisor and AAMFT Approved Supervisor. Jon is also a member of the Scientific and Clinical Advisory Board of the International OCD Foundation and on the faculty of the foundation’s Behavioral Therapy Training Institute.

Jon founded The OCD and Anxiety Center of Greater Baltimore in 2015; the practice joined Sheppard Pratt in 2020. Prior to founding The OCD and Anxiety Center of Greater Baltimore, Jon served as the Associate Director of the UCLA Pediatric OCD Intensive Outpatient Program at Resnick Neuropsychiatric Hospital, and was a psychotherapist at the OCD Center of Los Angeles. He is the author of six books on the treatment of OCD using mindfulness and cognitive-behavioral therapy, is a regularly featured speaker at mental health conferences and webinars, and is the curator and moderator of Sheppard Pratt’s OCD and Anxiety Lecture Series.

Sheppard Pratt holds the standard that its continuing medical education programs should be free of commercial bias and conflict of interest. In accord with Sheppard Pratt's Disclosure Policy, as well as standards of the Accreditation Council for Continuing Medical Education (ACCME) and the American Medical Association (AMA), all planners, reviewers, speakers and persons in control of content have been asked to disclose any relationship he /she (or a partner or spouse) has with any entity producing, marketing, re-selling, or distributing health care goods or services consumed by, or used on, patients, during the past 24 months. All planners, reviewers and speakers have also been asked to disclose any payments accepted for this lecture from any entity besides Sheppard Pratt, and if there will be discussion of any products, services or off-label uses of product(s) during this presentation.

Jon Hershfield, MFT, reports that he receives royalties from New Harbinger. He will not discuss any products, services, or off-label uses in this presentation.

Physician Statement: Sheppard Pratt is accredited by The Accreditation Council for Continuing Medical Education (ACCME) to provide continuing medical education for physicians.  Sheppard Pratt takes responsibility for the content, quality, and scientific integrity of this CME activity.  Sheppard Pratt designates this enduring activity for a maximum of 1.5 AMA PRA Category 1 Credit(s)™. Physicians should claim only the credit commensurate with the extent of their participation in the activity.

Nurse Statement: Sheppard Pratt is approved as a provider of nursing continuing professional development by the Maryland Nurses Association, an accredited approver by the American Nurses Credentialing Center’s Commission on Accreditation.  Sheppard Pratt takes responsibility for the content, quality, and scientific integrity of this CME activity. This activity provides 1.5 contact hours for nurses.

Counselor Statement:  Sheppard Pratt has been approved by NBCC as an Approved Continuing Education Provider, ACEP No. 5098.  Programs that do not qualify for NBCC credit are clearly identified.  Sheppard Pratt is solely responsible for all aspects of the program.  This activity is available for 1.5 NBCC clock hours.

OCD & Anxiety Lecture Series: How Good Do You Have to Be? Exploring Moral Scrupulosity in OCD

TO EARN CONTINUING EDUCATION CREDIT FOR YOUR ATTENDANCE
On the OVERVIEW or REGISTER/TAKE COURSE tab, select the GREEN RECTANGLE, TAKE COURSE to begin.
Complete the Pretest and select NEXT in the bottom right corner of the screen. Use the NEXT button for best results.
The PowerPoint handout will be available for download.
After downloading the handout, select NEXT to begin and watch the ninety-minute video.
You may need to select play for the video to begin.
After the video follow the prompts to complete the posttest, evaluation and attestation of credit.
Once you have completed all the components of the Course Progress bar, the certificate will be immediately downloadable.

FINANCIAL SUPPORT
There is no commercial support for this activity.