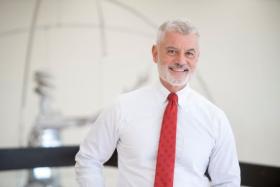 This presentation will be an ONLINE VIRTUAL LIVE broadcast on October 26, 2022, from 12:00 pm - 1:00 pm ET. While this activity is LIVE and can only be viewed during the time specified, the evaluation will be available online until November 23, 2022. Go to the Register tab above to learn how to participate for continuing education credit, watch the broadcast and download the slides.

Addiction to alcohol, tobacco, cocaine, crystal methamphetamine, benzodiazepines, cannabis, and opioids can be devastating, as we all know. But video games, online porn, internet gaming, internet gambling, and other technological addictions can be every bit as addictive as substances. These addictions can have real-world ramifications and lead to the loss of jobs, money, and loved ones. As technology becomes integrated into every facet of modern life, these technological addictions are becoming increasingly prevalent. This session will inform healthcare professionals about the addictive potential of technology and help them view these addictions as legitimate psychiatric conditions worthy of medical assessment, diagnosis, and treatment.

This activity is intended for physicians, nurses, psychologists, social workers, counselors and other mental health professionals.

At the conclusion of this activity, attendees will be able to:

Sheppard Pratt is dedicated to improving quality of life through mental health, special education, and addiction services for children, adolescents, adults and older adults.  Our patient-centered treatment approach, combined with our legacy of clinical excellence, sets us apart from other health systems on both a local and national level.  We have been ranked among the nation’s top psychiatric hospitals for 24 consecutive years by U. S. News & World Report.  Founded in 1853 by philanthropist Moses Sheppard, Sheppard Pratt Health System still abides by its Quaker traditions and values.

Petros Levounis, MD, MA, serves as professor and chair of the Department of Psychiatry and associate dean for professional development at Rutgers New Jersey Medical School. He is also the chief of service at University Hospital in Newark, New Jersey, and president-elect of the American Psychiatric Association. Dr. Levounis came to Rutgers from Columbia University where he served as director of the Addiction Institute of New York from 2002 to 2013.

Dr. Levounis is a Phi Beta Kappa graduate of Stanford University where he studied chemistry and biophysics before receiving his medical education at Stanford University School of Medicine and the Medical College of Pennsylvania. During medical school, he researched the effects of social class on patient-physician relationships in Oxford, England, and received an MA degree in sociology from Stanford. In 1994, he moved to New York City to train in psychiatry at the New York State Psychiatric Institute of Columbia University. He graduated from Columbia earning the National Institute of Mental Health Outstanding Resident Award and went on to complete his fellowship in addiction psychiatry at New York University.

Sheppard Pratt holds the standard that its continuing medical education programs should be free of commercial bias and conflict of interest. In accord with Sheppard Pratt's Disclosure Policy, as well as standards of the Accreditation Council for Continuing Medical Education (ACCME) and the American Medical Association (AMA), all planners, reviewers, speakers and persons in control of content have been asked to disclose any relationship he /she (or a partner or spouse) has with any entity producing, marketing, re-selling, or distributing health care goods or services consumed by, or used on, patients, during the past 24 months. All planners, reviewers and speakers have also been asked to disclose any payments accepted for this lecture from any entity besides Sheppard Pratt Health System, and if there will be discussion of any products, services or off-label uses of product(s) during this presentation.

Petros Levounis, MD, MA., reports that he has no relationships with any entity producing, marketing, re-selling, or distributing health care goods or services consumed by, or used on, patients during the past 24 months. He will discuss off-label naltrexone and antidepressants for technological addictions.

Nurse Statement: Sheppard Pratt is approved as a provider of nursing continuing professional development by the Maryland Nurses Association, an accredited approver by the American Nurses Credentialing Center’s Commission on Accreditation. Sheppard Pratt takes responsibility for the content, quality, and scientific integrity of this CME activity. This activity provides 1.0 contact hours for nurses.

This presentation will be an ONLINE VIRTUAL LIVE broadcast on October 26, 2022, from 12:00 pm - 1:00 pm ET. While this activity is LIVE and can only be viewed during the time specified, the evaluation will be available online until November 23, 2022. Go to the Register tab above to learn how to participate for continuing education credit, watch the broadcast and download the slides.

Use this link to download the handout. This handout will be available for download on Tuesday, October 25, 2022, at 12:00 pm ET.

PRIOR TO THE EVENT: Log into your Sheppard Pratt Ethos account and register by taking the pretest. Select the activity by series, title or speaker name. Go to the last tab, REGISTER and select the GREEN RECTANGLE, TAKE COURSE, and follow the prompts. Complete the Pretest and select attendance and you will be registered for this activity. You will not be able to work further until you are marked attended.

AFTER THE LECTURE: Select the activity by series, title or speaker name. Select the last tab, TAKE COURSE, and select the GREEN RECTANGLE, TAKE COURSE and follow the prompts. Please use the navigation button located in the lower right corner to continue throughout the course for best results. Complete the evaluation and credit designation to earn continuing education hours or credits. You must complete each component of the COURSE PROGRESS BAR to earn credit for the activity. Your transcript will reflect all completed events.

1.       Remember to take the pretest when you get the reminder email for the lecture on Monday.

3.       Download the slides anytime from the day before to right at the beginning of the lecture. (The link to download the slides is in Venue in the activity page on Ethos.  You don’t have to be logged in to access it.)

4.       Click on the link to watch the online broadcast. (The link is in Venue in the activity page on Ethos.  You don’t have to be logged in to access it.)

6.       Log into Ethos and complete the evaluation piece by going to the activity and then the last tab called Take Course and click on the green rectangle Take Course.