Wednesday Lecture Series: Waiting for an Echo: The Responsibility of Psychiatry in American Corrections 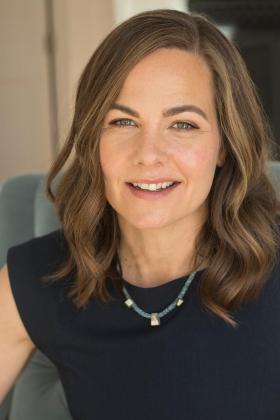 Wednesday Lecture Series: Waiting for an Echo: The Responsibility of Psychiatry in American Corrections

This presentation will be broadcast live online on November 18, 2020 from 12:00 noon - 1:00 PM, EST. Go to the Register tab above to learn how to participate for continuing education credit, watch the broadcast. There are no handouts for this lecture.

Psychiatrists are in a uniquely qualified position to speak to the mental health effects of incarceration, on both mentally ill and mentally well American citizens. Understanding the landscape of corrections allows us to see where opportunities for psychiatric input and advocacy exist.

After this lecture attendees will be able to:

1. Discuss the role of psychiatric deinstitutionalization in mass incarceration.
2. Recognize how the outcomes of police encounters with the mentally ill alter the trajectories of our patients' lives.
3. Describe the neuropsychological effects of solitary confinement.

Sheppard Pratt is dedicated to improving quality of life through mental health, special education, and addiction services for children, adolescents, adults and older adults.  Our patient-centered treatment approach, combined with our legacy of clinical excellence, sets us apart from other health systems on both a local and national level.  We have been ranked among the nation’s top psychiatric hospitals for 24 consecutive years by U. S. News &  World Report.  Founded in 1853 by philanthropist Moses Sheppard, Sheppard Pratt Health System still abides by its Quaker traditions and values.

Click Here for Link to Online Broadcast and Powerpoint Handout

This activity will broadcast live on November 18, 2020 from 12:00 pm - 1:00 pm, EST.  Please click on the link above at that time to view this presentation.  Emailing the word code given during the lecture to CME@sheppardpratt.org will serve as a sign in and enroll you in the activity for credit. There are no handouts for this lecture.

A 2015 Guggenheim Fellow in Nonfiction, Dr. Christine Montross is Associate Professor of Psychiatry and Human Behavior at the Warren Alpert Medical School of Brown University. She is a practicing inpatient psychiatrist and performs forensic psychiatric examinations. She completed medical school and residency training at Brown University, where she received the Isaac Ray Award in Psychiatry and the Martin B. Keller Outstanding Brown Psychiatry Resident Award.

She received her undergraduate degrees and a Master of Fine Arts in poetry from the University of Michigan, where she also taught writing classes as a lecturer following graduation. She was born and raised in Indianapolis.

Dr. Montross's first book, Body of Work, was named an Editors' Choice by The New York Times and one of The Washington Post's best nonfiction books of 2007. Her second book, Falling Into the Fire, was named a New Yorker Book to Watch Out For. Her latest book, Waiting for an Echo, was named a New York Times Book to Watch For, a Time Magazine Book to Read in July and an Amazon.com Best Book of the Month. She has also written for many national publications including The New York Times, The New England Journal of Medicine, Time Magazine, The Washington Post Book World, Good Housekeeping and O, The Oprah Magazine.

Dr. Montross has been named a 2017-2018 Faculty Fellow at the Cogut Center for the Humanities, a 2010 MacColl Johnson Fellow in Poetry, and the winner of the 2009 Eugene and Marilyn Glick Emerging Indiana Authors Award. She has also had several poems published in literary journals, and her manuscript Embouchure was a finalist for the National Poetry Series.

Sheppard Pratt holds the standard that its continuing medical education programs should be free of commercial bias and conflict of interest. In accord with Sheppard Pratt's Disclosure Policy, as well as standards of the Accreditation Council for Continuing Medical Education (ACCME) and the American Medical Association (AMA), all planners, reviewers, speakers and persons in control of content have been asked to disclose any relationship he /she (or a partner or spouse) has with any entity producing, marketing, re-selling, or distributing health care goods or services consumed by, or used on, patients, during the past 12 months. All planners, reviewers and speakers have also been asked to disclose any payments accepted for this lecture from any entity besides Sheppard Pratt, and if there will be discussion of any products, services or off-label uses of product(s) during this presentation.

Christine Montross, MD, reports no financial interest, arrangement or affiliation with any entity producing, marketing, re-selling, or distributing health care goods or services consumed by, or used on, patients, during the past 12 months.  He will not discuss products, services or off label uses in this presentation.

Nurse Statement: Sheppard Pratt is an approved provider of continuing nursing education by Maryland Nurses Association, an accredited approver by the American Nurses Credentialing Center’s Commission on Accreditation.  Sheppard Pratt takes responsibility for the content, quality, and scientific integrity of this CME activity. This activity is approved for 1.0 contact hours for nurses.

WATCH THE BROADCAST
On November 18, 2020 at 12:00 pm (EST), please click on, or copy and paste this link into your web browser to view the lecture online.
https://video.ibm.com/channel/PGZVae4mFHV

THERE ARE NO HANDOUTS FOR THIS LECTURE.

EARN CONTINUING EDUCATION CREDIT FOR YOUR ATTENDANCE
PRIOR TO THE EVENT: Log into your Sheppard Pratt Ethos account and register by taking the pretest.
Select the activity by series, title or speaker name.
Go to the last tab, REGISTER and select the GREEN RECTANGLE, TAKE COURSE, and follow the prompts.
Complete the Pretest and select attendance and you will be registered for this activity.
You will not be able to work further until you are marked attended by an administrator.

DURING THE EVENT: Because you will view this event online, there will not be a sign in sheet.
Instead of signing in, a code word will be given during the lecture for you to email to CME@sheppardpratt.org to verify your attendance.
It takes a few minutes for the email with the code word given online during the event to reach us.
You will be enrolled to complete the activity for continuing education credit as soon as we receive it.
Now you can log into your account and complete the evaluation process for credit.
Wait ten minutes to refresh your Ethos account and begin the posttest by using the GREEN RECTANGLE, TAKE COURSE.

AFTER THE LECTURE: Select the activity by series, title or speaker name.
Select the last tab, TAKE COURSE, and select the GREEN RECTANGLE, TAKE COURSE and follow the prompts.
Please use the navigation button located in the lower right corner to continue throughout the course for best results.
Complete the evaluation and credit designation to earn continuing education hours or credits.
Your transcript will reflect all completed events.

This site is best viewed on the two most recent stable releases of the following browsers for all public pages:

PCs Running Windows
• Google Chrome (Preferred): Download free web browser for PC, Mac, phone and tablet.
• Internet Explorer (IE 11 and above recommended): You will be prompted to download videos before you are able to view. Click “download” to view video.  After a momentary pause, the recording will play.
• Mozilla Firefox: You may be prompted under the “This Connection is Untrusted” screen to add “cmeonline.sheppardpratt.org” and “cdn.sheppardpratt.org” under “add exceptions”.

Apple Computers Running OSX
• Google Chrome (Preferred): Download free web browser for PC, Mac, phone and tablet.
• Safari
• Mozilla Firefox: You may be prompted under the “This Connection is Untrusted” screen to add “cmeonline.sheppardpratt.org” and “cdn.sheppardpratt.org” under “add exceptions”.

Technical Support: If you are experiencing technical difficulties or have received an error message, please send an email to CME@sheppardpratt.org and include a print screen of the error message, your browser name and version, username and URL where the error occurred. You can expect a response within 48 hours.